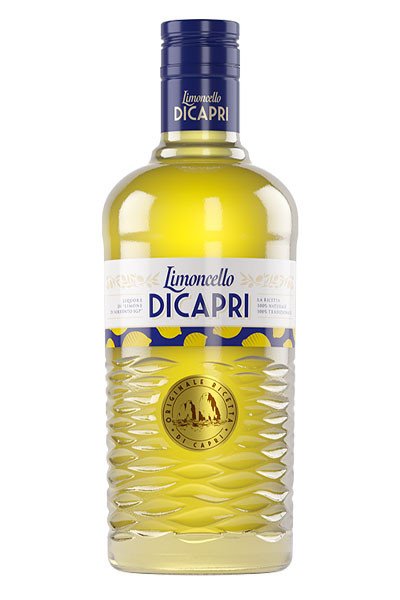 From the selection of the Best Sorrento IGP Lemons, the creation of the original and incomparable LIMONCELLO DI CAPRI

because Lemons are not all the same

Why choices are made:
The complete control of the processing
Since 2006 "Limoncello di Capri" has been the only company in its sector to adopt a production process which involves the control of the entire process, from the lemon to the limoncello. The lemons of Sorrento IGP, used for the production of "Limoncello di Capri", are purchased directly from the farmers, after having undergone a scrupulous selection, first in the country during harvesting, and subsequently, inside the production establishment, during the peeling process, when the peels are obtained to be used for infusion in alcohol.
Total control from the beginning of the process is of great strategic importance in the Limoncello di Capri market, at the time when control of the principal raw material, the famous Sorrento IGP Lemon is essential when considering the fact that the quantity and above all the quality of the product are both highly conditioned by climatic factors, which have become extremely variable, particularly in recent years.
For this reason, Limoncello di Capri has created a branch inside its own organisational structure which deals exclusively with the selection of agricultural suppliers, as well as the harvesting and peeling of the Sorrento IGP Lemons. Expert personnel with specific skills in the agricultural sector follow the farmers on a full-time basis during the period of cultivation and harvesting, offering them assistance with any problems concerning the supply of the product, along with a valuable consultancy service on purely agricultural questions.

The selection of agricultural suppliers
The use of highly qualified agronomists enables Limoncello di Capri to select its own lemon suppliers, on the basis of criteria designed to ensure consistency in both the supply and quality of the lemons gathered.
The cultivation techniques of the pruning and picking of the lemons are strictly evaluated in selected agricultural companies.
All the selected suppliers, whose production land must be located in the territory of the Sorrentina and Capri Peninsula, must also be enrolled on the register of IGP suppliers at the offices of "IS. ME. CERT." which is the disciplinary control body of the Sorrento IGP Lemons, approved by the European Community with CEE regulation no. 2081/92.
They must also adopt the traditional cultivation techniques of the lemon used in the Sorrentina and Capri Peninsula territory such as, for example, the construction of imposing pergolas with poles made of chestnut wood which are used in Winter together with the characteristic "pagliarelle" (rooves made of straw) to protect the plants from adverse weather conditions.
Today there are 26 agricultural suppliers, with a range of territory covering about 15 hectares, equal to a potential production of about 400,000kg.
Limoncello of Capri gives precedence to organic companies, (these currently represent about 25% of the suppliers), which adopt strict criteria set for companies of this type for their cultivation (eg. The absence of any treatment with plant protection products) This further confirms the attention of Limoncello di Capri for environmental issues, as witnessed by the environmental Certification UNIEN ISO 14001-2004 carried out by the company, making it one of the few Italian companies to boast this much sought-after recognition.

Picking the lemons
The harvest period ranges from February to October every year.
The discipline of the production of Sorrento IGP Lemons demands a biological stop from November of every year to 31st January of the following year. This allows the normal flowering of the plants.
The agronomists already select the lemons at the harvesting stage, reporting the relative data on the appropriate administration cards, which are then counter-signed by the farmers for acceptance.
The cards also include a column to show the quantity of lemons disposed of as waste since at this stage, thanks to a scrupulous selection of the lemons, a first sorting of the product is carried out, disposing of what is not suitable for processing.
The data reported on the administration cards is indispensable if the need should arise to trace precisely the lots of lemons used to produce any particular bottle of limoncello.
Moreover, relations between all parties are regulated by appropriate administrative contracts as a means of guaranteeing both the agricultural company and Limoncello di Capri.

Processing the lemons
Processing of the lemons begins with the sorting and finally the removal of the stem. This stage eliminates any reject lemons, (in a state of rotting, damage or having been ruined by parasites, etc.) which might have slipped through the first selection process during the harvesting. In this stage, the operator also takes steps to further select the lemons depending on market characteristics. After this stage the lemons go through subsequent processes which include first washing and then peeling them with purpose-built machinery.
During this final stage, the lemon has the rind removed and in this peeled state it is sent for the production of "Limoncello di Capri". The peeled lemon (about 85% of the entire fruit) is then disposed of as production waste.

...because the best
limoncello is made from the best lemons...